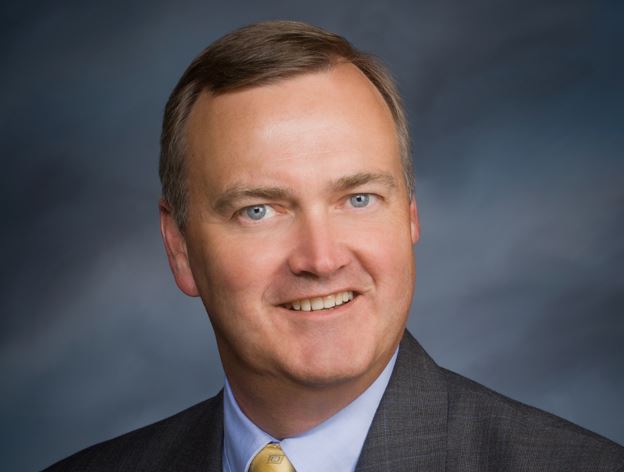 CARLINVILLE — The Community Bankers Association of Illinois (CBAI) announced that Shawn Davis, president and CEO of CNB Bank & Trust, NA, has been named 2022 Outstanding Member of the Year.

The award is given annually to a member who has demonstrated an outstanding commitment to advancing the principles of community banking to an extraordinary level.

For more than two decades, Davis has served the community banking industry through leadership roles. He was Chairman of the Board of CBAI in 2020-2021 and Chairman of the Board of CBSC the previous year. Currently, Davis is a member of the Boards of CBAI and CBSC, as well as the Audit, Finance and Strategic Planning Committees. He is also one of two CBAI members to serve as an ICBA state delegate. In addition, Davis also serves on the CBSC Payments Committee, the Shazam Board of Directors, and the Illinois Transfer System Board of Directors.

Davis has been an enthusiastic supporter of the Foundation for Community Banking scholarship program over the years, and CNB Bank & Trust is one of only four banks to achieve Platinum status as a contributor. His bank was recognized for participating in the most educational programs of any CBAI member bank with over $225 million in assets. CNB has been awarded first place every year since 2016 and is consistently in the top five in this category.

Davis serves on the Legislative and Regulatory Committee of the CBAI. Additionally, it meets the CEO Challenge, which is achieved when 100% of a bank’s directors and officers donate to Community BancPac and FedPac. He regularly participates in the CBAI Capital Conference, Washington Appeal and Legislative Roundtables.

Since 1996, CNB has won the Patron of Community Banking award every year. This is largely due to his incredible support for the association.

He supports his staff in their professional development and involvement. Andy Tinberg, Senior Executive Vice President and Chief Banking Officer, sits on the CBSC Board of Directors and is Chair of the CBSC Innovation Committee. Katie Ashworth, Director of Marketing and Communications, is President of CBAI’s Career Development Division and sits on the Boards of CBAI and the Foundation. Jim Ashworth, Vice Chairman of CNB, is currently Chairman of the Board of Federal Home Loan Bank of Chicago.