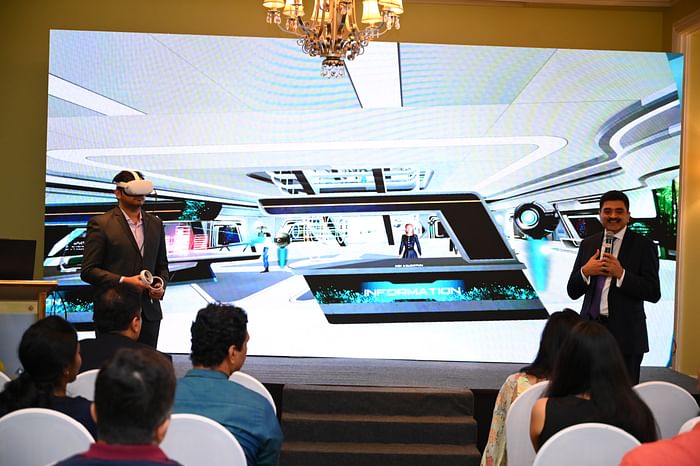 If you don’t have a VR headset, you can still access the banking metaverse through your mobile, laptop, or gaming desktops. “It’s not just for the elite. We are trying to democratize the 3D experience and extended reality,” says Rajesh Mirjankar, Managing Director and CEO of Kiya.ai.

He sees a smartphone-like revolution happening with virtual reality, haptics, augmented reality, and mixed reality devices. “You don’t buy smartphones to make or receive calls. You buy it for 99% of the other services it offers. Imagine a device that is much cheaper than a decent smartphone, but lets you have a 3D experience, play games, and engage with other users on the platform. It makes the business case for the metaverse more obvious,” says Mirjankar.

Kiya.ai built the banking metaverse on its internal blockchain network. It plans to expand use cases beyond banking to shopping and other non-banking services. For such a “multi-verse”, the company will connect to the Ethereum network so that one can jump from one meta-verse to another.

Once the Reserve Bank of India launches the Central Bank Digital Currency (CBDC), it will give much more credibility to the metaverse and the banking multiverse, Mirjankar says. “We will support the CBDC to enable open finance in a Web 3.0 environment,” he says.

Mirjankar says that about 8 countries that have launched the CBDC are using it for interbank settlement and transactions within a closed group, such as between government and businesses. He expects India’s digital currency to follow the same path.