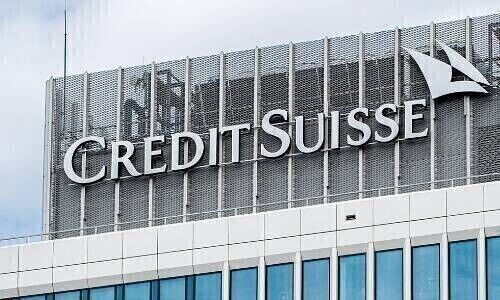 Following the Archegos debacle, Credit Suisse reduced its services to financial investors and transferred them to its competitors. The withdrawal of the Swiss bank from prime brokerage is now shaking up the market.

The void left by Credit Suisse in its hedge fund and institutional investor business will not remain filled for long. As the agency reports,ReutersSince the beginning of the year, the distribution battles have begun for the approximately 1,800 customers that the second Swiss bank served in this business.

According to the outlet, Credit Suisse’s main clients included big US names such as Blackrock, Blackstone and hedge funds Bridgewater Associates and Millennium.

Once a great player

Credit Suisse has been a strong player in this segment for years. Among its European competitors, it was the largest provider of prime brokerage services, while ranking fifth in the world.

However, due to the debacle involving New York-based financial firm Archegos in March 2021, Credit Suisse suffered a loss of $5.5 billion in the investment banking sector. The Swiss Financial Market Supervisory Authority (Finma) then imposed stricter risk requirements on the bank, which significantly slowed activity. In November, Credit Suisse officially declared that it was leaving the company.

That same month, an agreement was concluded with BNP Paribas to sell the prime brokerage clientele to its French competitor, finews.com reported. BNP Paribas is now on track, with the French bank seeking to overtake Credit Suisse’s place as Europe’s top investment bank, after falling from ninth to sixth place in the global rankings by number of mid-market clients. of year.

Barclays is also in the fray, recently coming in fifth place among the world’s leading brokerage providers.

US banks are getting stronger

Among the US banks on the podium are Goldman Sachs, Morgan Stanley and JP Morgan, in that order. The first “golden men” were able to take advantage of the exit of their Swiss competitor, increasing the number of customers by 9% between June 2021 and June 2022.

Certainly, while US banks such as Goldman Sachs were also affected by the Archegos bankruptcy, its effects helped to consolidate their supremacy in investment banking.