Ethiopia wants to open up its banking sector 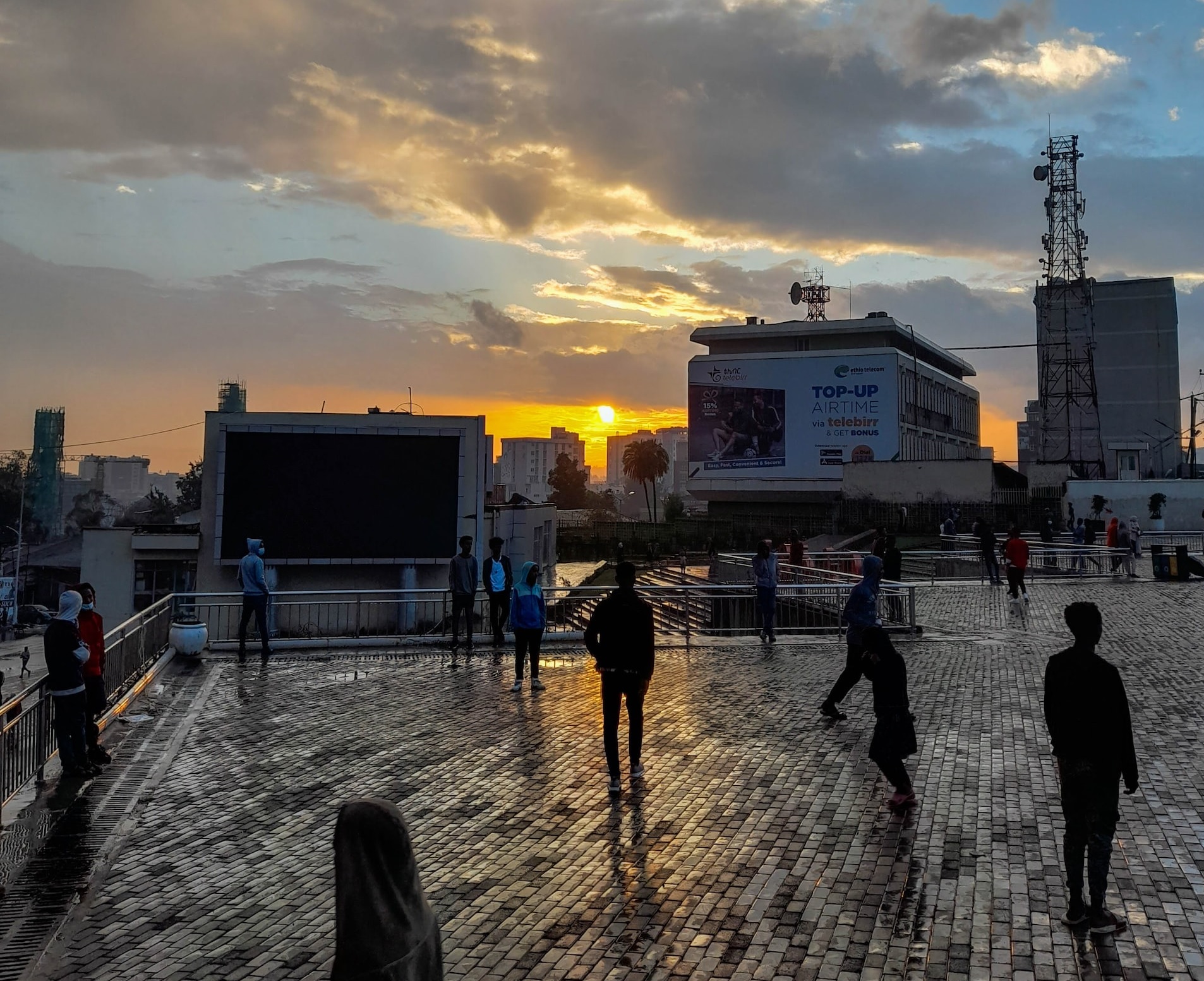 Abiy’s government is trying to restore its image as a reformer by promising to open up the banking sector a year after the consortium Safaricom, Vodacom and Vodafone obtained a license to operate in Ethiopia.

Ethiopia is moving towards a more liberal economy after decades of centralized economic planning. Since Prime Minister Abiy Ahmed began his reforms in 2018, political thinkers proclaimed that it would unlock significant value for Africa’s second most populous country. This was before the fratricidal war in Tigray took center stage. As Ethiopians began the 12-day preparations for the National Day celebrations scheduled for this Sunday, Safaricom Ethiopia began testing its telecommunications services in Dire Dawa, Ethiopia’s second largest city. The same week, Abiy Ahmed announced that his cabinet had accepted a draft proposal that would open Ethiopia’s banking sector to foreign investors.

Together, the banking sector proposal and the Safaricom lawsuit show just how much Ethiopia wants to fly the flag of reform. What is unclear is whether it will fly.

In December 2020, Ethiopia invited telecom companies to bid for two licenses to compete with Ethio Telecom, the public operator. The government has also launched a bidding process to sell 40% of Ethio Telecom to private investors.

Eyob Tolina, the Minister of State for Finance, boasted that the deal would be “a deal of the century”. […] the last frontier in telecoms. But this attempt to liberalize the country’s business landscape has been hampered by two factors.

In April 2021, the Financial Times reported that the Ethiopian deal of the century had a disappointing performance. Of the first 9 companies that showed interest, only the South African MTN and the Safaricom-Vodafone-Vodacom consortium made offers for the two telecom operating licenses available. MTN’s $600 million bid was rejected, but the consortium’s $850 million bid was accepted. Two bids for two licenses is hardly the way one would imagine a tender of the century to unfold.

Frustrated potential investors complained that the process was opaque, with the government offering little information on investors’ concerns about access to foreign exchange and the cost of using public infrastructure. Thus, the sale of telecom licenses which was supposed to be the masterpiece of Ethiopia’s privatization reform and help raise billions of dollars was shattered, leaving the Safaricom consortium as the only grassroots competitor. of 50 million Ethio Telecom subscribers, supported by the state.

This recent story is part of the cautious optimism that greeted last week’s announcement that Ethiopia could soon welcome foreign investors into its banking sector.

The financial services sector in Ethiopia is largely controlled by the government. Although 16 of the country’s 19 banks are private, only the Commercial Bank of Ethiopia (CBE) controls 59% of the country’s total banking assets and 60% of all deposits. The second largest lender, the Development Bank of Ethiopia, holds a large share of non-performing loans (ie loans that have little chance of being repaid).

Both banks are used by the government to finance infrastructure projects and other public enterprises and to provide cheap loans to small and medium-sized enterprises (SMEs) in priority areas.

Over the past ten years, the plan seems to have worked well. Bank deposits increased by 28% annually. Led by the two public banks, loans and profits increased by 31% and 22% respectively, every year between 2009 and 2019. But that was a facade. Ethiopian private banks were forced to lend 27% government deposits. The National Bank of Ethiopia, the country’s central bank, was hardly independent. A small committee in the Prime Minister’s Office set the direction for monetary policy. In addition, poor risk management and ineffective internal controls in public banks meant that these loans often financed poorly managed public enterprises.

Due to strict foreign exchange rules and bans on foreign investment, Ethiopia is struggling with a shortage of foreign exchange reserves. Loans to the private sector are barely 11% of GDP and an amazing 75% of the population does not have a formal bank account. In the absence of a functioning capital market, Ethiopia’s financial system lags its peers decades.

So close and yet so far

These gaps in lending, financial inclusion, and foreign investment are also what have made the Ethiopian banking sector attractive to foreign investors. Kenyan banks, for example, have had their sights set on the Ethiopian market for years. Two of Kenya’s largest banks, KCB Bank and Equity Bank, already have representative offices in the country that conduct trade or export finance activities until the Ethiopian government implements reforms to enable them to operate. do more. African fintech players such as the Nigerian Paga are also interested in the Ethiopian market. Paga acquired Apposit, an Ethiopian software development company in 2020 as part of preparations to bring its payment services to the country.

Until 2020, foreign and domestic startups were not allowed to offer digital financial services like mobile money in Ethiopia. Following this, the state-owned telecom operator, Ethio Telecom launched Telebirr, the country’s first telecom mobile money service, and in May last year. African fintech players such as the Nigerian Paga are also interested in the Ethiopian market. Paga acquired Apposit, an Ethiopian software development company in 2020 as part of preparations to bring its payment services to the country. But local fintech operators fear that opening the sector too quickly will affect their ability to compete.

Ethiopia once had a vibrant private sector, which it lost in the years following the overthrow of Emperor Haile Selassie by the Derg in 1974 and subsequent communist rule that lasted until 1987. Since Since then, the country has struggled to find its way back despite the reform proposals. The many outdated proclamations about the opening of the country’s economy have reduced enthusiastic investors to passive spectators. GDP growth slowed to 2% last year after 15 years of average growth of 7% and could decline further partly due to the ongoing war in Tigray.

Opening up the banking and telecommunications sectors in Ethiopia can give a significant boost to the country’s economy. As decades of development-driven growth are complemented by the influx of foreign investment and a vibrant digital economy.

The country is also actively seeking investors. In February, Addis Ababa launched Ethiopian Investment Holdings (EIH), a sovereign wealth fund seeking up to $150 billion from foreign investors. EIH currently controls $38.5 billion in assets, including Ethiopia Airlines. While this is a clean break from years of state-led growth, the government intends to use these funds to primarily support state-owned enterprises, which is an interesting contradiction.

The government may be signaling that reform is still on the agenda, but the pace is slow and there are still too many “distractions”. Abiy said making money from a state monopoly is less important than supporting digital services such as digital payments, e-commerce and digitizing government services, but courting investment requires more than talks. .

Attracting investment in important areas such as telecommunications, banking and fintech will require more clarity and faster work from the government. The inability to find a peaceful solution to the conflict has affected how investors view the country’s political stability. The fights have closed businesses across the country and forced a pause on agriculture. Tigray accounts for a third of Ethiopia’s $350 million in revenue from the sale of sesame seeds. In 2021, Ethiopia lost an average of $20 million in export revenue each month. According to Louw Nel, senior political analyst at the consultancy NKC African Economics, the Tigray war has cost the country $2.5 billion.Ethiopia is one of Africa’s greatest potential sinkholes. Opening up the financial system can help unlock this potential, but at present everything still depends on a vague if. The government must demonstrate that it is prepared to give real priority to economic reform.

Get the best African tech newsletters delivered to your inbox