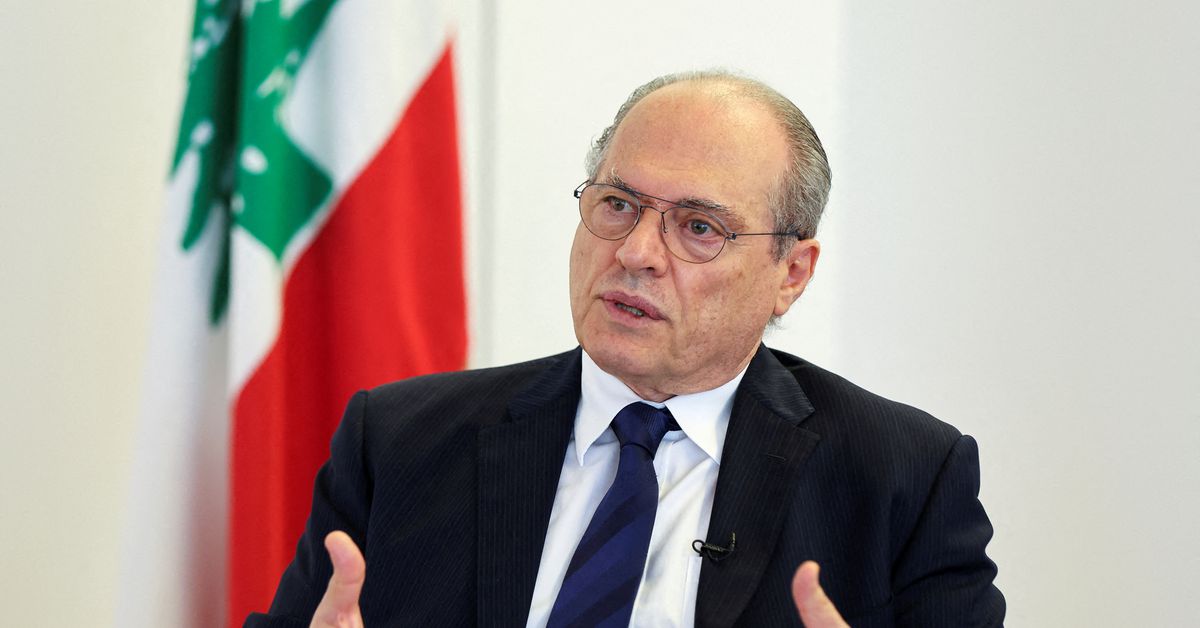 BEIRUT, Oct 24 (Reuters) – Lebanese Deputy Prime Minister Saade Chami said on Monday the government’s plan to revive an economy battered by a three-year financial crisis would not be able to repay all depositors in full.

Chami is the architect behind a recovery roadmap the Lebanese cabinet adopted in May that includes several measures needed to unlock relief funds from the International Monetary Fund.

These $3 billion in funds are intended to address one of the worst financial meltdowns in over a century, with the local Lebanese pound having lost over 95% of its value and over 80% of the Lebanese population living now below the poverty line.

Speaking on local broadcaster LBCI, Chami said the state’s plan to plug a $72 billion hole in the financial system would not be able to “rescue all depositors”.

He said accounts holding more than $100,000 will be returned through a fund financed by the assets of the central bank and commercial banks, without providing further details.

Chami said the government’s total foreign currency reserves – including its gold deposits – amount “at best” to between $25 billion and $30 billion.

An audit of the central bank’s currency position, including its gold reserves, is one of the IMF’s requirements for accessing $3 billion in relief funds.

Lebanon has made slow progress on the rest of the checklist, recently passing both an amended bank secrecy law and a belated 2022 budget, although observers suspect the IMF has reservations about both.

Parliament has yet to approve a bank resolution framework to deal with Lebanon’s bloated commercial banking sector and a capital control law.

Chami said he expected most banks would not face problems reimbursing depositors or undergoing restructuring.

Beyond its financial collapse, Lebanon also faces a looming political crisis as President Michel Aoun’s term ends in a week’s time with parliamentarians divided over a successor.

With the cabinet already operating on an interim basis, observers fear the government lacks the constitutional legitimacy to sign a final agreement with the IMF.

Chami told LBCI that Lebanon would still be able to submit its progress to the IMF board for review and approval of the relief funds, but he was unsure whether the final deal with the fund would require the approval of a president.