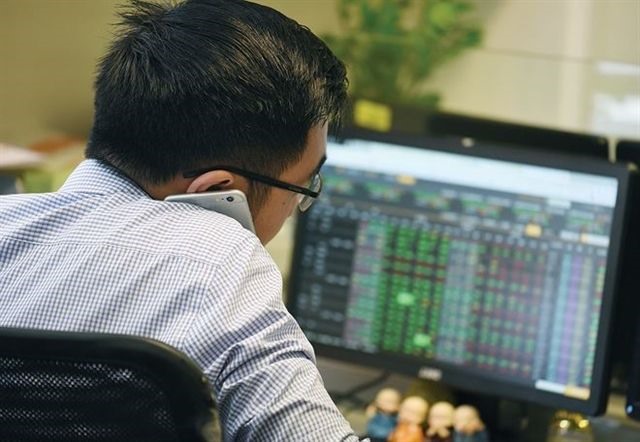 HÀ NỘI In the context of the downward movement of the market, most investment funds in Việt Nam recorded negative performances in the first half of this year.

In the first half of 2022, the stock market of Việt Nam developed negatively following the fluctuation of the world markets influenced by the Russian-Ukrainian conflict, the cases of price manipulation and the surge in inflation.

On the stock market, the benchmark VN index fell by 20.07% compared to the end of last year.

VFMVN Diamond ETF had the best performance in the market despite a negative rate of return of 3.6%. In May alone, VFMVN Diamond ETF issued nearly 113 million fund certificates, net withdrawing VNĐ 3 trillion ($128.5 million), 66 times more than in the same period and 78% more than the figure for the first four months of the year. The May 31 trading session recorded the highest amount of capital with 43.4 million fund certificates, equivalent to 112.6 billion VNĐ.

VanEck Vietnam ETF was the worst performing fund with a negative rate of return of 31.9%, one and a half times better than the VN-Index’s 20.7% drop so far this year. The size of the fund is nearly $378 million, of which three companies of Vingroup (VIC), Vinhomes (VHM) and Hoà Phát Group (HPG) account for the largest proportion. In terms of price, shares of VIC are down 22.7%, VHM 22.1% and HPG 36.5% from the start of this year. The investment efficiency of the remaining ETFs averaged 22-27% negative.

The top 3 stocks in the PYN Elite Fund portfolio such as Vinhomes (VHM), Vietinbank (CTG) and Vincom Retail (VRE) have all seen price declines since the start of this year. The banking group alone accounted for 36.8% of the PYN fund’s portfolio, including Vietinbank (CTG), HDBank (HDB), Military Bank (MBB) and Tiên Phong Bank (TPB), all of which saw their prices fall by more than 20%. cent, of which TPB fell the most with nearly 34 percent.

According to VNDirect Research, the Vietnamese stock market corrected like most other emerging markets in the first six months of this year, causing the VN-Index to trade at its lowest level in five years.