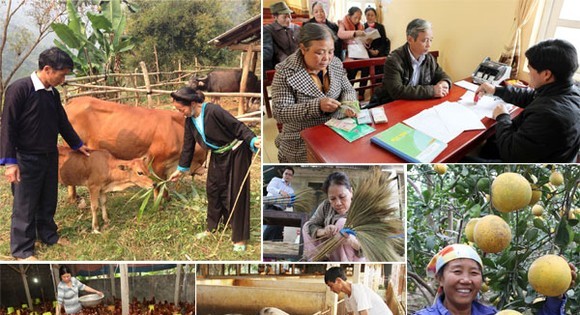 Mr. Nguyen Duc Lenh, Deputy Director of State Bank of Vietnam – Branch of HCMC, said that the poverty alleviation loan program was implemented by the poverty alleviation committees of HCMC in all levels since 1994. In 2015, the Hunger Eradication and Poverty Reduction Fund was handed over to the HCMC Bank for Social Policies for management and implementation, with the remaining balance due at the time of transfer reaching 213 billion VND.

After six years of receiving the fund, the total loan turnover of Ho Chi Minh City Social Policy Bank’s Poverty Alleviation Loan Program has reached approximately VND 2.94 trillion, with 98,650 poor, near-poor and households that have just escaped the norm of near-poor households in the region benefiting from loans.