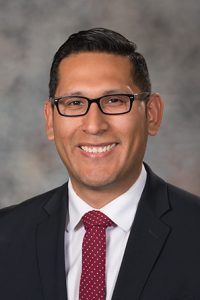 The state would direct $50 million in federal pandemic relief funds to South Omaha under a bill heard Feb. 14 by the Credit Committee.

Omaha Senator Tony Vargas, sponsor of LB1238, said South Omaha has been one of the hardest hit areas in Nebraska by COVID-19. The region’s Latino population has kept the state’s meatpacking, construction and restaurant industries running during the pandemic, he said, and the bill would be an “unprecedented opportunity” to respond to the crisis and promote economic development in the community.

“We should invest in the parts of our state that have been… greatly impacted by this public health crisis,” he said. “All the metrics and data points show that South Omaha is one of those communities.”

The bill would create the South Omaha Recovery Grant Program within the state’s Department of Economic Development and allocate $50 million in US federal funds to the program. Funds would be awarded to public and private entities to respond to the adverse impact of the COVID-19 public health emergency in qualified census tracts – as defined in federal law – within the limits of a city of metropolitan class.

Omaha is currently the only metropolitan-class city in the state.

Nearly two dozen community leaders and activists testified in support of the proposal, noting past discrimination, the historic lack of investment in South Omaha and the disproportionate impact of the pandemic on its population.

Itzel Lopez, president of the Latino Economic Development Council, testified in support of the bill. Latinos make up 13.4% of Douglas County’s total population, but accounted for 21.7% of COVID-19 cases, she said, making them the ethnic group hardest hit by the pandemic. .

“Businesses and families in this neighborhood have been devastated,” Lopez said. “As a result, the community endured physical illness and distress while suffering economic hardship.”

Alfonso Vaca-Lubischer, representing Voices for Children in Nebraska, also spoke in support. More than 60% of South Omaha’s population lives in a qualified census tract, he said, and unemployment and poverty rates there are more than double the state average.

“Unfortunately, in Nebraska right now, access to opportunity is often determined by the ZIP code a child lives in,” Vaca-Lubischer said. “The federal funding currently available is an opportunity to make a transformative investment in the next generation of South Omaha children.”

Acting Deputy Chief Sherie Thomas, speaking on behalf of the Omaha Police Department, also testified in support. The bill would address the negative impacts of COVID-19 in the community, including unemployment, lost wages, homelessness and food insecurity, she said, and help address the root causes. of crime in South Omaha.

Armando Salgado of Omaha said the pandemic has been particularly deadly for the South Omaha community. Speaking on behalf of multiple organizations, he said 40% of Nebraskanians hospitalized with COVID-19 in mid-2021 identified themselves as “Hispanic,” even though the group represents just 11% of Nebraska’s population. Additionally, he said, Latinos accounted for about 20% of COVID-19 deaths in the state.

Salgado said South Omaha’s business community has thrived for years, contributing billions to the state’s economy, without help from the banking community or investment of state dollars. The pandemic has put those achievements in jeopardy, he said.

“This crisis has set us back enormously,” Salgado said.

No one testified against the bill and the committee took no immediate action on it.