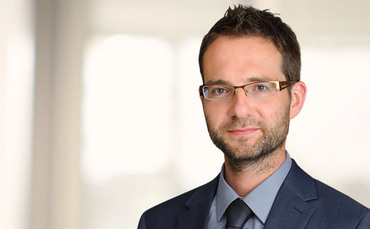 Russia’s initial invasion of Ukraine almost exactly four months ago prompted a slew of managers to shift portfolio positions out of stocks exposed to the invading territory.

Wright said that although Shell and OMV have similar exposure to revenue from Russia, equivalent to 3-4% of earnings, the latter’s share price has been punished for it while Shell’s has “strongly increase”.

But for Wright, whose Fidelity Special Values ​​PLC and Fidelity Special Situations portfolios have an explicitly value-driven style, seeking attractive companies at a significantly lower price, it turned out to be an opportunity.

He was optimistic about OMV’s prospects, saying “it should benefit from increased demand for European gas in Europe”.

The war in Ukraine has had a big impact on the markets, in many ways, but some parties have benefited, but not those in which Wright invests.

He said stock and sector performance “diverged significantly” and that “the funds’ structural bias towards small and mid caps and sector exposure (underweight oil/gas and mining, and overweight consumer discretionary) proved to be a headwind.

“However, it was nice to see performance improve significantly in May. It’s very unusual to see the funds outperforming the index by 3-4% over a one-month period.”

Serco companies and tobacco company Imperial were among the main drivers of this recent positive performance.

Growth stock pickers feel like ‘a kid in a candy store’

One sector that Wright was increasingly bullish on is banks, which have received much more attention with recent interest rate hikes.

The manager said he increased his bank exposure to an overweight, adding to Barclays and AIB and benefited.

“The industry typically sees earnings hit during recessions, but today banks have strong balance sheets and consumers are in a much healthier position compared to previous recessions,” he said.

These are some of the positive stories from Wright’s portfolio, but the volume of M&A activity has had an impact.

He said the funds’ focus on undervalued companies with “sound or improving fundamentals” meant that many portfolio holdings became subject to M&A bids.

“Overall, our portfolio holdings are trading at a significant discount to the wider UK market, without having to sacrifice quality, profitability or return on capital. that more than a dozen of our holdings have been offered in the past two years, with power generation company ContourGlobal being the latest to receive a cash offer from private equity group KKR.”

Wright said it was a “significant” holding in the fund (2.3%) and was therefore the biggest contributor to performance in May, since the offer came with a 36% bonus.

Looking ahead, Wright said while there have been significant headwinds at the macro and micro levels, he believes “sentiment has recently become too pessimistic.”

He said a slowdown is already priced in and cyclicals and mid/small caps have “significantly downgraded reflecting an overly negative outlook, which presents us with attractive opportunities”.