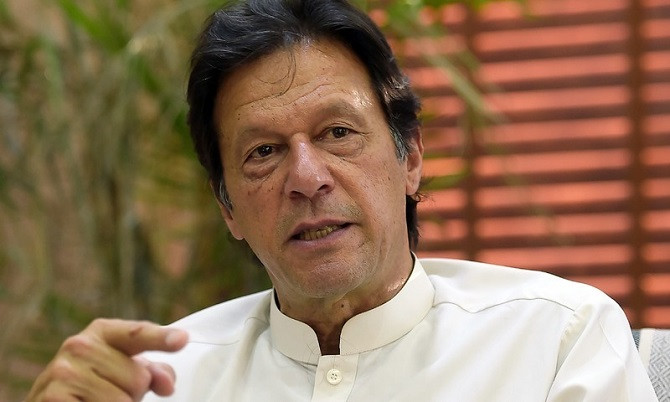 Prime Minister Imran Khan on Wednesday welcomed the UN’s pledge of more than $5 billion in funding for Afghanistan to avert the collapse of basic services in the war-ravaged country.

The prime minister said the UN initiative was the result of a special meeting of foreign ministers of the Organization of Islamic Cooperation (OIC) hosted by Pakistan.

In a tweet, he reiterated his previous calls for the international community to prevent a humanitarian crisis in Afghanistan. “We welcome this initiative of the UN which followed the special meetings of the OIC FMs initiated by Pak [meeting] pledged support,” Imran posted on his Twitter account.

“I made this appeal to the int[ernational] community to prevent a humanitarian crisis in Afghanistan where the population [people] suffered the ravages of 40 years [years] of conflict,” the prime minister added in the tweet.

Speaking in Geneva on Tuesday, United Nations emergency relief coordinator Martin Griffiths said $4.4 billion was needed for the humanitarian response plan in Afghanistan alone, to pay health workers and others .

The United Nations High Commissioner for Refugees, Filippo Grandi, said they are appealing for $4.4 billion for Afghanistan itself for 2022. 2021.”

Addressing a special session in Geneva to mark the launch of the appeal, Pakistan’s Ambassador Khalilur Rahman Hashmi called for the revival of banking systems in Afghanistan and urged the international community to heed the economic needs from Afghanistan.

In Islamabad, Foreign Minister Sohail Mahmood met with a delegation of European countries and exchanged views on the regional situation, especially regarding the developments in Afghanistan, the foreign ministry said.

The Minister of Foreign Affairs stressed that consolidating peace and stability in Afghanistan, including avoiding a humanitarian crisis and economic collapse, would go a long way to preventing a possible exodus of Afghans from their country.

Secretary Mahmood highlighted Pakistan’s commitment to hosting over 3 million Afghan refugees for over 40 years. He called for increased support from the international community to countries hosting refugees, in accordance with the principle of international burden and responsibility sharing.

National Security Advisor (NSA) Moeed Yususf also chaired a meeting of the Afghan inter-ministerial coordination cell. The NSA told the meeting that the Interior Ministry has established an elaborate mechanism to facilitate the relief activities of international non-governmental organizations in Afghanistan.

The meeting was informed that new international NGOs as well as those already registered would benefit from this mechanism. The NSA appreciated the initiative and said it would greatly contribute to humanitarian assistance efforts for the Afghan people.

(WITH APP AND NEWS OFFICE ENTRY)