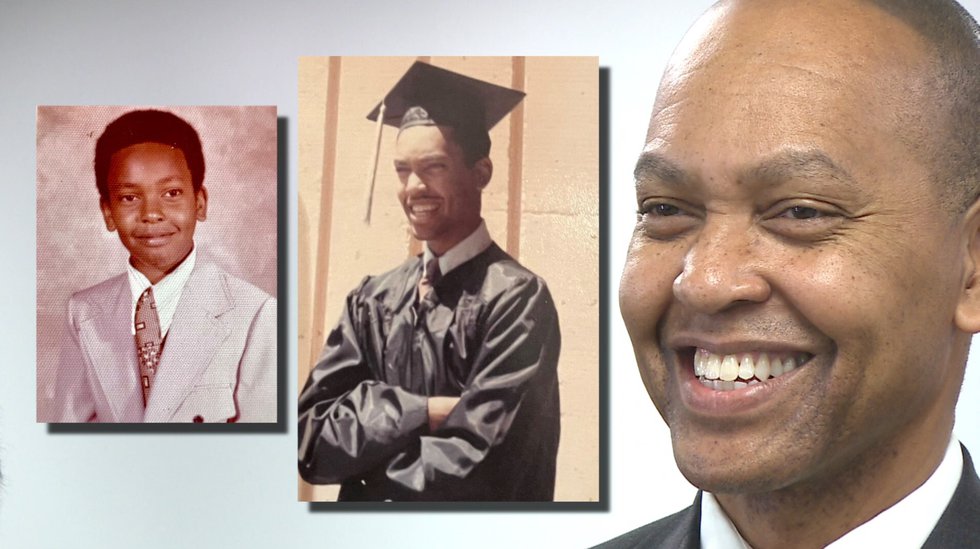 “My approach to everything is to apply the hard work and the preparation for it, and then when the opportunity arises, I hope you’re the chosen one,” Rolfe said.

Those who served on the selection committee that chose Rolfe to lead the Wichita Chamber of Commerce said he had risen to the top.

“When they chose him as CEO, obviously they didn’t choose him because of his race. They chose him because he was the best candidate for the job,” the former president of the Wichita Regional Chamber of Commerce, Junetta Everett “There was one time a black person couldn’t even be a member of the chamber of commerce, and now you have a black, African-American person at the helm, who is the President and CEO. Very proud.”

Rolfe’s resume spans from banking to commerce and hospitality with moves to Topeka, San Jose and Houston along the way. The road brought the Wichita State University business school alum back to Wichita.

“My passion has always been commerce. It’s the key to success for everyone to follow their dreams, interests and passion, Rolfe said.

Every move he’s made in his career has been strategic and thoughtful.

“There are a significant number of those who have helped me personally and professionally,” he said. “My parents, who, although they are no longer living, were really the rock of my life and where it all started was at home.”

Rolfe is the youngest of five children. Those we know from childhood are not surprised that he became a leader.

“Mr. Rolfe was someone who had great integrity. He believed in his faith and he was obviously able to instill that in his children, and John was one of the beneficiaries of that,” said Gerald Norwood, a friend of the family, about Rolfe growing up “John was active in the youth choir and active in Sunday school and a number of different things that our church would make available to him.”

Rolfe is married to KWCH presenter and journalist Felicia Rolfe.

“Family has always been number one for me and I thank my wife, Felicia, for really being that sounding board and really the rock of the family,” Rolfe said.

Like its family, the Wichita Regional Chamber of Commerce has grown over the years from 100 members in 1917 to more than 1,400 today.

Rolfe said his goals include “creating this strong economy and focusing on talent here, retention and growth here in the community.”

“Because I think those are two key things because we want to increase the number of companies that are here and help them succeed,” he said.

It’s a path Rolfe hopes to lead to the continued success of his city.