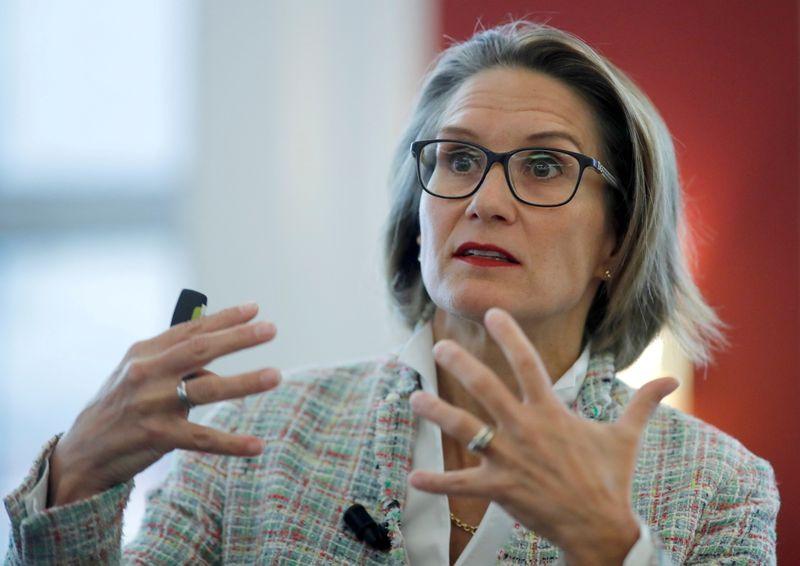 ZURICH (Reuters) – The Swiss National Bank (SNB) must retain flexibility on how it invests its huge reserve of foreign currency, board member Andrea Maechler said on Wednesday, warning that a shift to investments only greens would harm its monetary policy.

The SNB is a large global investor, with foreign currency assets close to 1,000 billion Swiss francs ($ 1,000 billion) acquired during its long campaign to stem the appreciation of the Swiss franc.

The central bank has faced calls from environmentalists to use its investments to influence businesses linked to climate change. But Maechler said at an event in Zurich that it was not the SNB’s job.

“Our goal is not to make the world greener. This is not our mandate, ”said Maechler. “The balance sheet must meet the objectives of monetary policy.”

The SNB aims for price stability, which it aims to achieve by slowing the appreciation of the franc through foreign exchange interventions and negative interest rates.

Maechler said limiting the SNB’s investments would undermine its flexibility, which is vital for maintaining an independent monetary policy.

The SNB invested passively by buying stocks to reflect their weight in the indices, and did not select stocks, limiting its ability to follow environmental criteria, she added, although the bank did not buy shares in companies primarily involved in coal mining.

Still, the central bank has significantly reduced its share of equity investments in energy companies from 11% to 3% over the past 10 years, Maechler added, in the wake of their market value shifts.