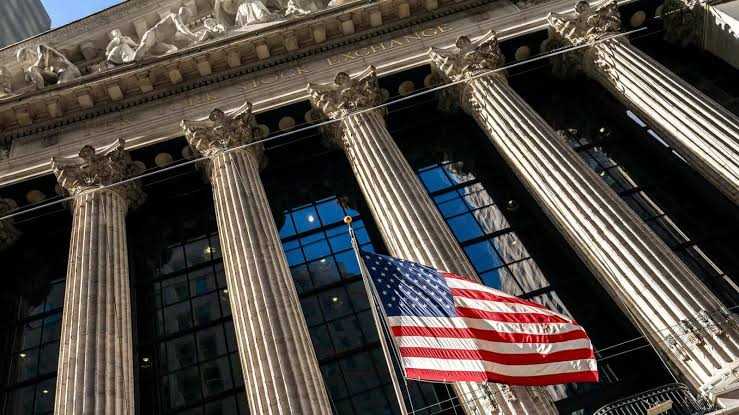 U.S. stocks surged on Tuesday, with Citigroup leading a rally in bank stocks after Berkshire Hathaway reported strong interest in the company, and robust retail sales in April allaying concerns about slowing growth. Ten of the 11 major S&P sectors gained ground, with financials and technology both up 2%. Microsoft Corp, Apple Inc, Tesla Inc and Nvidia Corp all jumped 1.5-4.8%, giving the S&P 500 and Nasdaq the biggest boost.

“So at the very sight of any good news, you can bounce back, but what we’re really looking for is consolidation.” Retail sales in the United States rose 0.9% in April as consumers bought motor vehicles amid improved supply and patronized restaurants.

Another set of data showed industrial production accelerated 1.1% last month, beating estimates of 0.5%, and followed by a 0.9% advance in March. “This is consistent with continued economic growth in the second quarter and not an ongoing recession,” said Bill Adams, chief economist at Comerica Bank in Dallas.

“The industrial sector is too hot and needs to slow to get inflation under control. The Fed will raise the fed funds target by half a percentage point at each of the next two meetings to throw some sand in the wheels Fed Chairman Jerome Powell is expected to speak later today and his comments would be analyzed for clues as to the trajectory of future interest rate hikes. a rate hike of 50 basis points in June.

Retailers Costco, Target and Dollar Tree fell between 1.2% and 2.7%. United Airlines Holdings Inc gained 6.5% after the carrier raised its revenue forecast for the current quarter, boosting shares of Delta Air, American Airlines and Spirit Airlines. A positive first-quarter earnings season was overshadowed by concerns over the conflict in Ukraine, soaring inflation, COVID-19 lockdowns in China and aggressive central bank policy tightening. The S&P 500 is down 1.6% and the Nasdaq 3.7% so far in May, largely hurt by the decline in growth stocks.

U.S.-listed Chinese stocks jumped on hopes that China will ease its crackdown on the tech sector. Advancing issues outnumbered decliners for a 3.77-to-1 ratio on the NYSE and a 3.21-to-1 ratio on the Nasdaq. The S&P index recorded a new 52-week high and 29 new lows, while the Nasdaq recorded 18 new highs and 98 new lows.