What do recent Emirati investments mean for the Egyptian economy? – Economy – Business 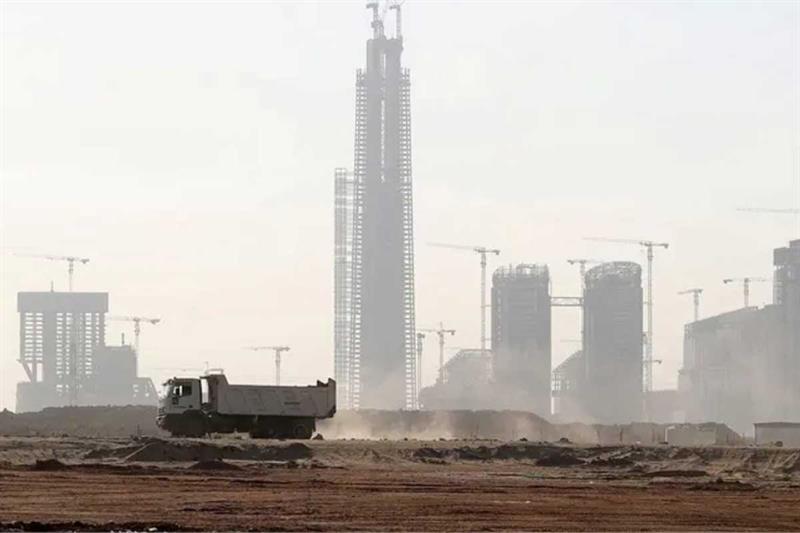 The intensive orientation of the Emirates towards the Egyptian market is part of the political and military relations which are currently reinforced by unique economic and investment commitments.

The most recent action was seen at the end of July when ADNOC Distribution, the largest fuel and retail distributor in the United Arab Emirates, signed an agreement to acquire a stake of more than 50% in TotalEnergies Egypt as part of of a deal worth $186 million, with an earn-out of up to $17.3 million.

During a meeting with Prime Minister Mostafa Madbouly in May, the secretary general of the UAE International Investors Council (UAEIIC), Jamal Saif Al-Jarwan, said the UAE was looking forward to increasing its investments in the Egyptian market to reach 35 billion dollars over the next few years. five years, compared to 20 billion dollars currently.

Al-Jarwan said the trend comes as Egypt’s economy is flexible and attractive to investors, saying foreign investment in Egypt is being boosted under the supervision of President Abdel-Fattah El-Sissi.

In fact, 2022 has witnessed a noticeable presence of Emirati investments in Egypt’s economic activities, especially after the outbreak of the Russian-Ukrainian war in February.

A few days ago, Chimera Investments, based in the United Arab Emirates, completed the acquisition of a majority stake in the Egyptian company Belton Financial Holding – a subsidiary of Orascom Financial Holding – in an agreement estimated at $20 million.

The non-banking financial and energy sectors were not the only areas of focus of recent Emirati investment in Egypt. A few months after acquiring a majority stake (more than 75% of the shares) in Egyptian food processing company Atyab in a deal valued at around EGP 3.2 billion, Agthia Group – owned by Abu Dhabi Investment Holding ( ADQ) – in July acquired a majority stake (60% of shares) in Egyptian healthy snack and coffee maker Abu Auf in a deal worth EGP 2.9 billion.

“The UAE is considering the beneficial and fruitful investment opportunities available in the Egyptian market. These are real estate, non-banking financial sector, agribusiness and energy. Egypt has ‘a host of development opportunities that are qualified to be exploited; especially amid the ongoing global crisis, rising inflationary wave and rising interest rates,’ said the economic affairs expert Mostafa Badra at Ahram Online.

“According to the document, there are about 80 economic activities with many opportunities for Emirati investors,” Badra added.

Madbouly launched the State Ownership Policy Paper in June, which is currently being discussed in extensive community dialogue. The document explains Egypt’s plan to increase the private sector’s share of the country’s economic activity to 65% from the current 30%.

The policy document defines nine types of partnership between the state and the private sector in terms of operating state-owned assets; including the privatization of a number of these assets, performance contracts and management contracts.

Badra referred to the industrial partnership between Egypt, the United Arab Emirates and Jordan, which Bahrain recently joined. The initiative was launched by the United Arab Emirates in May to stimulate the economic development of these markets in the context of current global challenges. The UAE’s ADQ has committed $10 billion for this partnership.

“The initiative aims to localize the industrial partnership between its parties and increase production capacities,” Badra said.

These actions, he added, will have a positive impact on the Egyptian economy. They will help increase liquidity in the local market, providing hard currency which is currently experiencing a shortage amid European tensions, supporting the Egyptian pound, in addition to benefiting from foreign experiences and cutting-edge technologies that will enter the market. interior as a result of UAE investments.

In April, the ADQ – also known as the Abu Dhabi Wealth Fund – concluded acquisition agreements for five companies in Egypt, including private sector companies and state-owned companies, for a sum of 2 billion of dollars.

Finance and investment expert Ahmed El-Otiefy told Ahram Online that these investments are supported by the stable economic relationship between the two countries which allows a good environment for these investments to grow in the future.

It will also help provide the liquidity Egypt needs to repay its international commitments, including loans and their servicing.

Nevertheless, all of these transactions were sealed through the door of the financial market through the purchase of minority or controlling stakes, not through long-term investments, according to El-Otiefy.

“These investments will benefit the Egyptian market, particularly in terms of alleviating the pressure on the country’s financial resources and its strong currency which have been severely affected by the repercussions of the war in Ukraine. However, this type of investment is easy and rabid to get out. This is not long-term foreign direct investment,” according to El-Otiefy.

This week, UAE’s Al-Dar Properties revealed plans to invest an additional $1.5 billion in Egypt and the UAE in the coming months.

Company CEO Talal Al-Dhiyebi said Al-Dar is set to increase its land portfolio in key areas in Egypt; on the north coast, west and east of Cairo, as well as in the Red Sea.

The Sixth of October Development and Investment Company (SODIC), in which Al-Dar holds a majority stake, filed a non-binding offer a few months ago to acquire 100% of the capital of Madinet Nasr for Housing and Development ( MNHD).

The MNHD board of directors rejected the offer because the proposed share price was lower than its actual value.

In February, the United Arab Emirates announced that it would invest $10 billion in Egyptian ports.