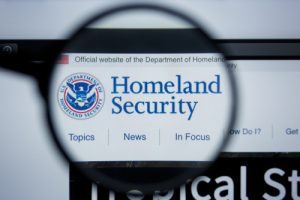 Federal funds would not be allowed to be used for the U.S. Department of Homeland Security’s (DHS) Disinformation Governance Council under legislation introduced this week by U.S. Sen. Todd Young (R-IN) and 18 others republicans.

DHS focuses on disinformation that threatens the safety of the American people, including disinformation disseminated by foreign states such as Russia, China, and Iran, or other adversaries, including transnational criminal organizations and organizations of human trafficking. To carry out this work, DHS operates the Disinformation Governance Council. Although the council has no operational authority, there are concerns that it could stifle or investigate free speech.

“The idea that a disinformation committee of unelected government bureaucrats should enforce the rules of speech is both sweeping and unconstitutional,” said Senator Young. “The Hoosiers should not have to answer to a government bureaucracy when exercising their First Amendment right to free speech. This board should be shut down immediately.